This tutorial is based on the Sparkfun LilyPad Pixel Board addressable RGB LED.

You can either order them online (see link above) or get them as a kit from the card10 team at any CCC event.

How to solder the kit

If you received an LED that is not yet soldered onto the PCB with the sewable connections, you need to solder the LED onto the board. See the following picture for the chamfered corner indicating the correct position of the LED: 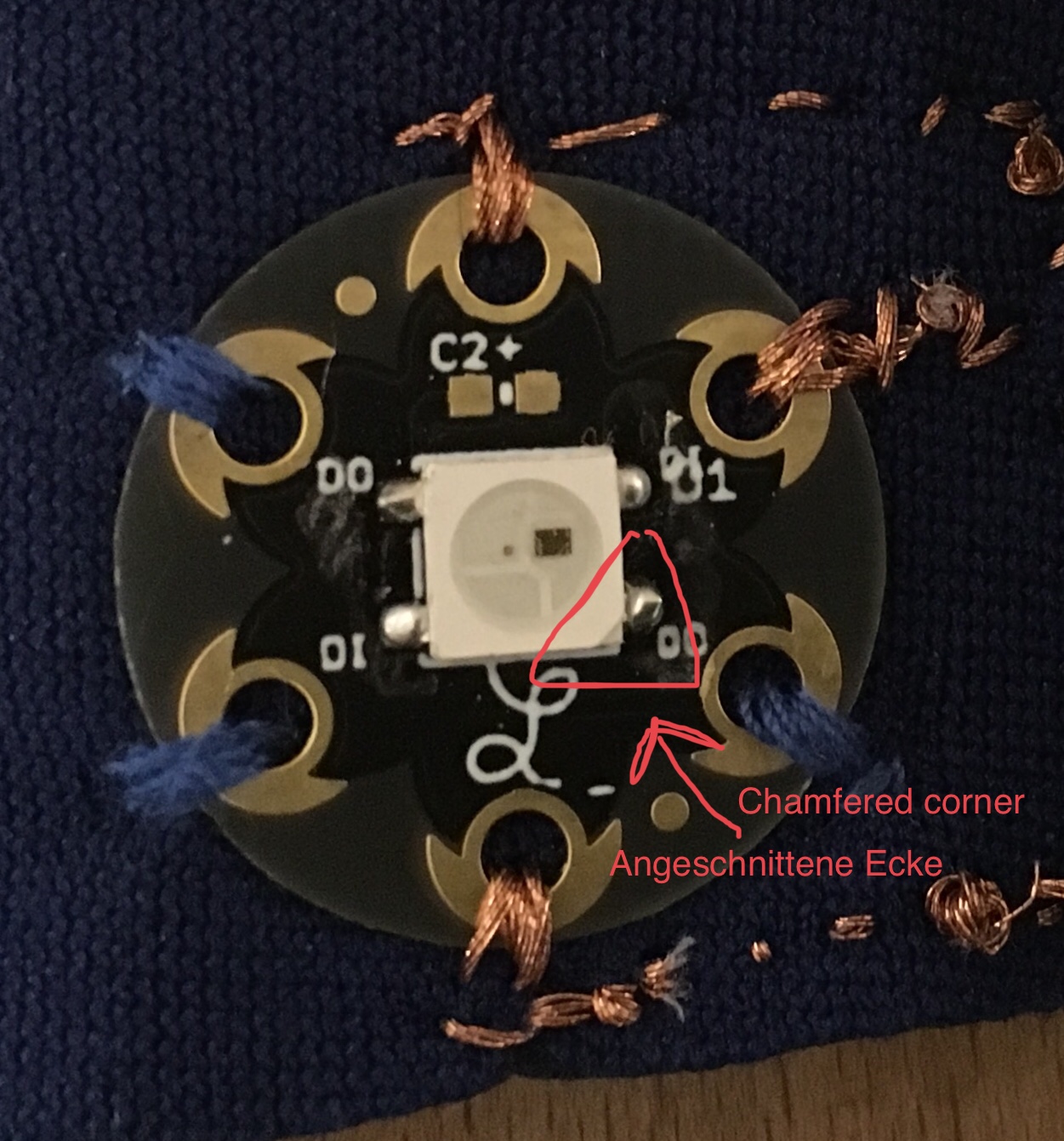 After finding the correct alignment of the LED, tin one of the solder pads on the PCB, and then solder on the LED. Continue to solder the remaining 3 pins. Heating both the pad and the pin on the LED is a bit tricky, don’t hesitate to ask for help/advice.

Connecting LEDs to the card10

You need to make three connections from the card10 to the LED. Before you start sewing, check that the LED PCB is well aligned to the card10, so none of the sewn connections cross: 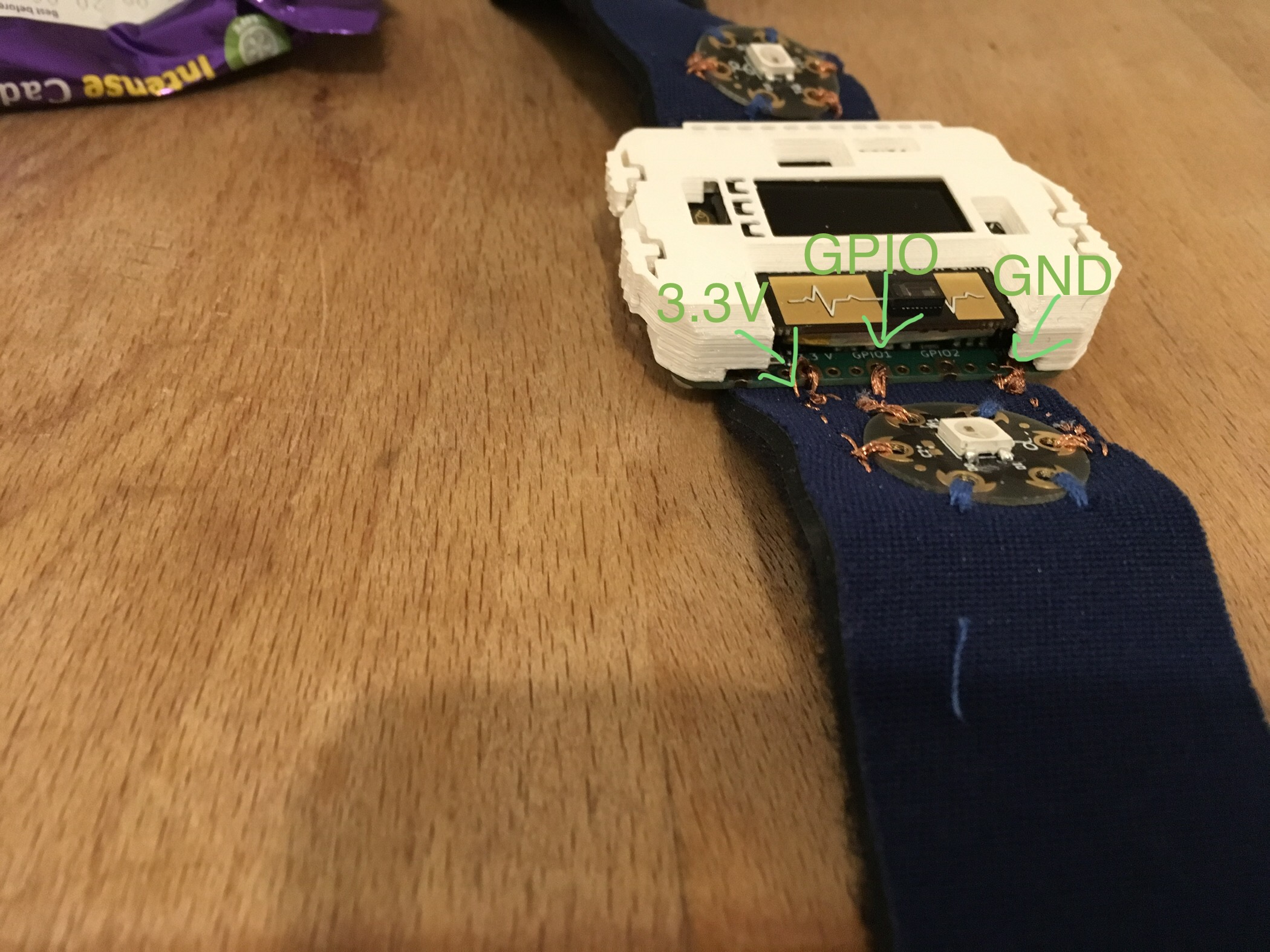 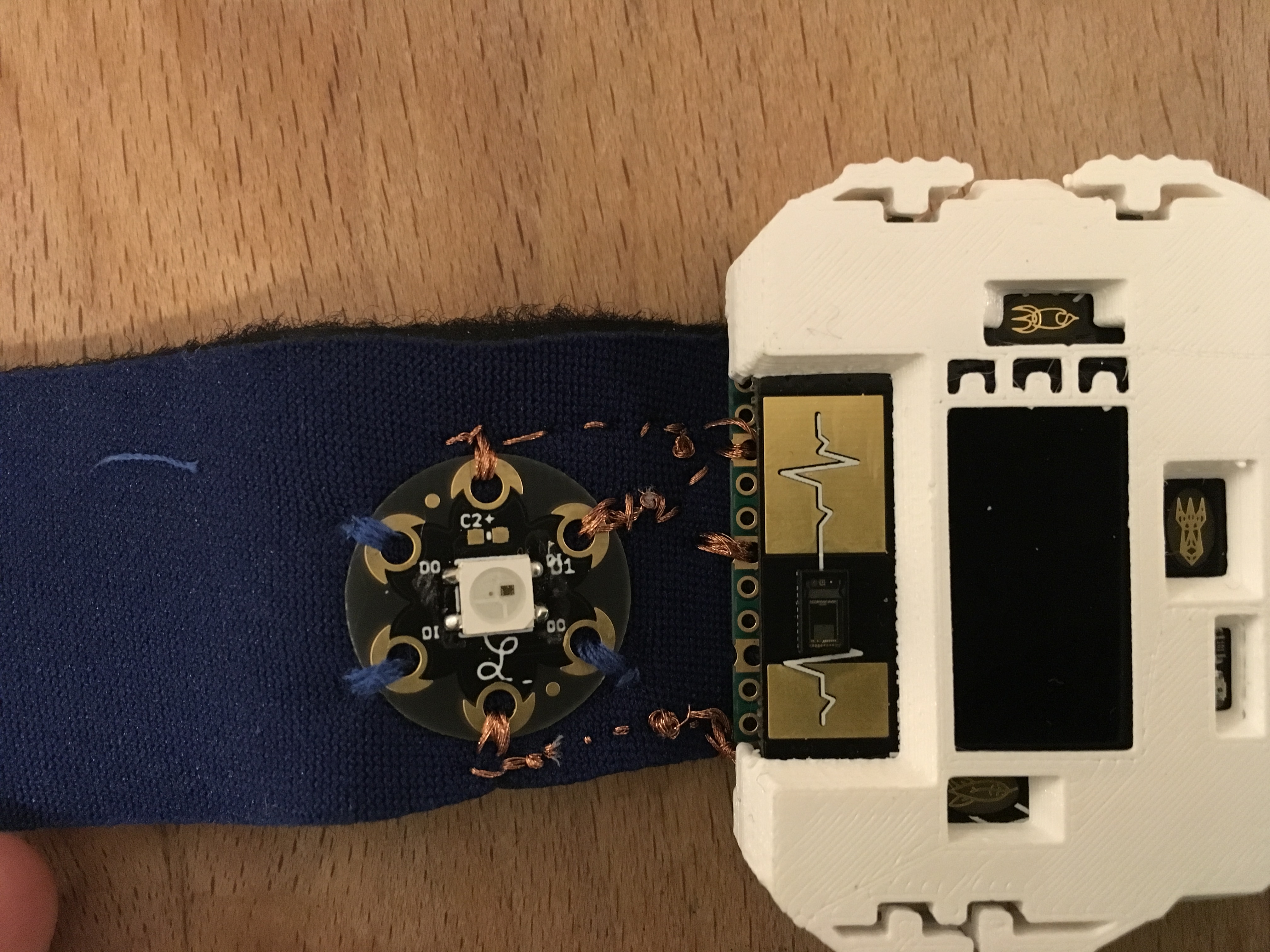 The six connections are marked in the figure below. DI and DO are duplicated, you only need to use one of each. 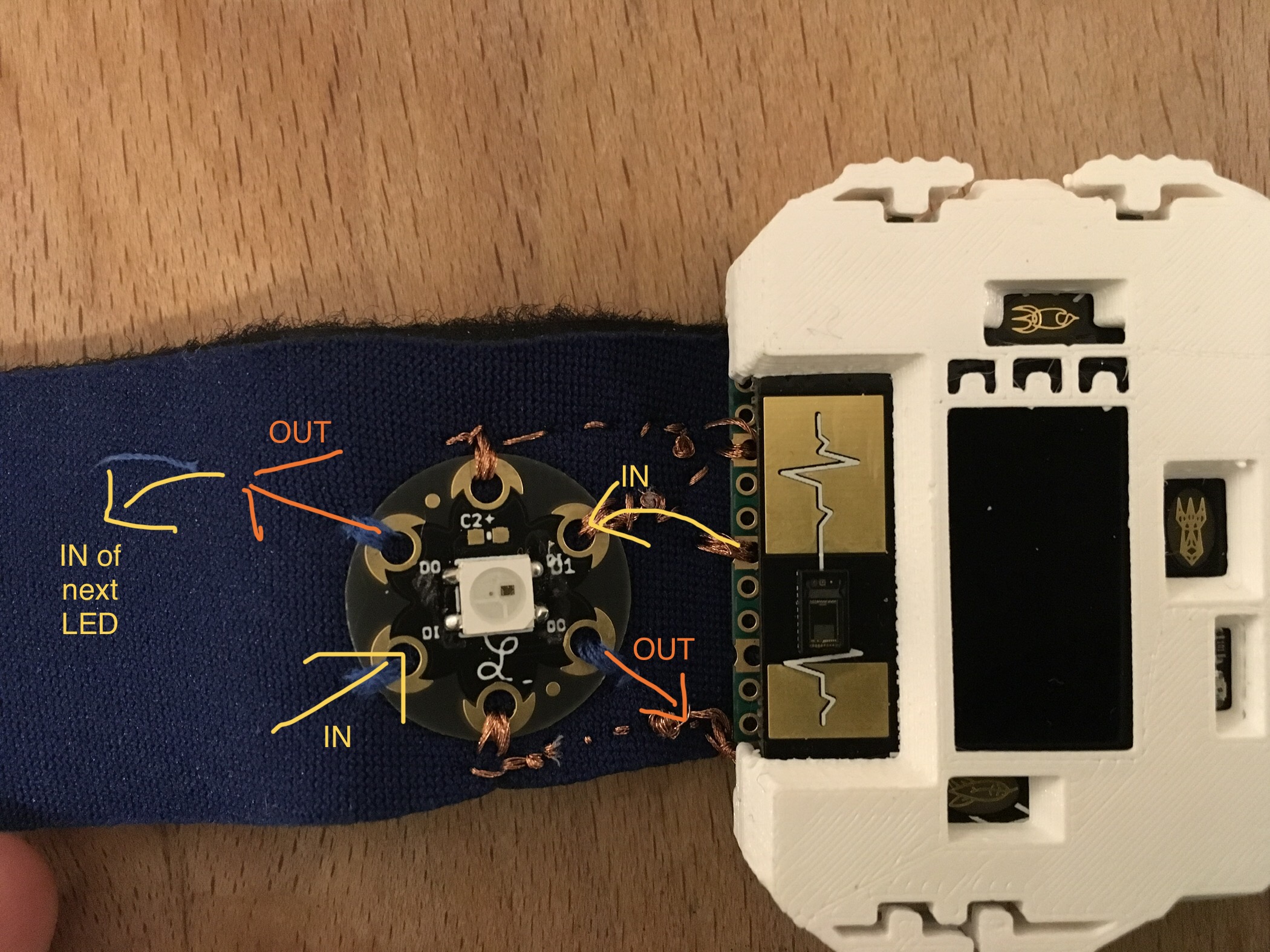 While the risk of damaging your card10 is while it is sleeping, we recomment to fully switch the card10 off by holding the power/menu button for more than 8 seconds.

Please also make sure to not leave behind any conductive fibers. They might ruin someones day.

The card10 firmware has support for the type of LED which the LilyPad Pixel Board uses (WS2812). It is located in the ws2812 module. See our firmware documentation for details.

Due to a bug in the libray setting the color does not work the first time. That’s why the last line is repeated.

Your LED should light up yellow now :)

This example queries the state of the lower right button and turns multiple RGB LEDs on when the button is pressed:

You can adjust the color, number of leds and which pin is used.

An example which connects the accelerometer with multiple RGB LEDs. They start lighting up when the card10 is moved: